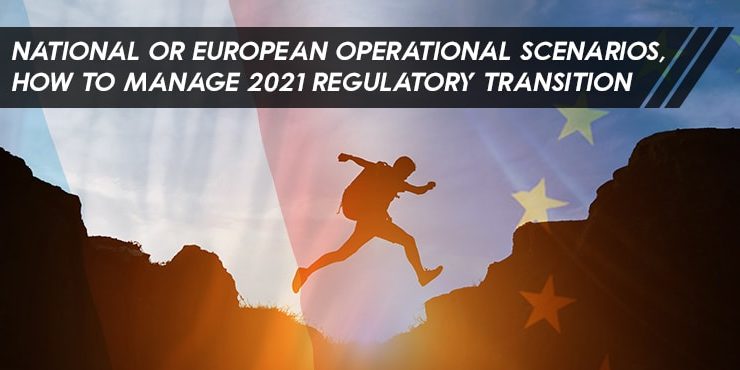 Which drone scenario to use from December 2, 2021?

National drone scenario or European drone scenario? This is the question many of you are asking yourself. Here is the answer: from December 2, 2021, in the European drone regulation, all new drone operators will have to fly using the European scenarios: open categories (A1, A2, A3) or specific category (STS-1, STS- 2). But what about you, the professional drone operators already in business? What does the 2021 drone regulation say?

As operators of specific drone activities existing before December 31, 2021, you will have to choose between:

Clearly, European drone regulations do not allow you to choose.

It is not possible to make a choice according to your aircraft (some of which could be class drones) and your missions, a drone scenario that is sometimes European, sometimes national. The notion of class becomes central.

Within the framework of European drone regulations, the notion of category of drones disappears in favor of the notion of class. Why is this important? French regulations distinguished the rights and duties of the operator according to the weight of the aircraft AND the use he made of his drone: leisure, model aircraft or professional. This aspect was found in the concept of the drone category.

European drone regulations distinguish the rights and duties of the operator according to the level of risk of the mission vis-à-vis third parties on the ground and / or manned aircraft flying nearby.

But, for you drone operator, what does that mean?

The more your drone presents high risks vis-à-vis third parties (manned aircraft or people on the ground), the higher the class of your drone must be. Concretely, the class is not determined only on the basis of mass but of security systems (geovigilance, flight interruption, etc.) AND the high level of autonomy of your drone. Who says “less risk” for third parties and goods, says “less regulatory constraints”.

So what does that change in terms of use cases?
The European open category scenarios (A1, A2, A3) remove the distinction between professional drones of – / + 800g) by harmonizing the regulation of mini-drones (drones of less than 25 kg).

They make it possible to better manage visual flights (old scenarios S1, S3 on private property and S3 on public property if you have the appropriate training) by graduating the authorizations when flying near third parties (and in particular by making it possible to fly closer people in scenario A1).

So what are the problems?
There are no class drones available today. Opting now for the European scenarios will not allow you to fly in the open category (A1, A2, A3) but in the limited open category (A1 limited, A2 limited, A3 limited).
All the advantages associated with flying close to people then lapse and impose the same limitations on you as today (30m for drones of – 500g, 50m for drones of less than 2 kg, 150m for drones of – of 25 kg).
The processing of flights under STS-1 and STS-2 scenarios of unclassified drones is subject to the same notification / authorization regime as for the national scenarios.

It is important to note HERE a major change in the definition of two concepts:
The concept of visual theft:
In national regulations, a visual flight is a flight less than 100m in a populated area and less than 200m in an unpopulated area of ​​the remote pilot.
In European drone regulations, visual flight is a flight that remains permanently visible to the remote pilot. This criterion is therefore a function of the size of the drone and the level of visual acuity of the remote pilot (which should also be noted in your MANEX – § Ability of the remote pilot).
Thus, the authorized distance (by drone and by remote pilot) must be specified in your MANEX – § CONOPS (concept of operations).

The definition of a sparsely populated flyover area:
In national regulations, the denomination of populated area has been set at more than 400 inhabitants per km2.
European regulations consider the site’s exhaust capacities and the low density of population areas. However, the threshold of this criterion is still under discussion.

Conclusion:
As an existing drone operator, you are going to have to opt for the European scenarios by December 3, 2023. The only question to ask yourself is when?

Certain concepts (areas with low population density) are not yet clear and could impact your liability in the event of an incident. You will have to adapt your MANEX (according to the new framework which should be officially published in June 2021 by the DGAC) to clarify many points, particularly on the skills of drone remote pilots and your operating procedures: contingency procedures, emergency procedures. emergency, emergency response plan, security procedures, etc.
The AlphaTango site is not yet operational to deal with European scenarios although this should change quickly.