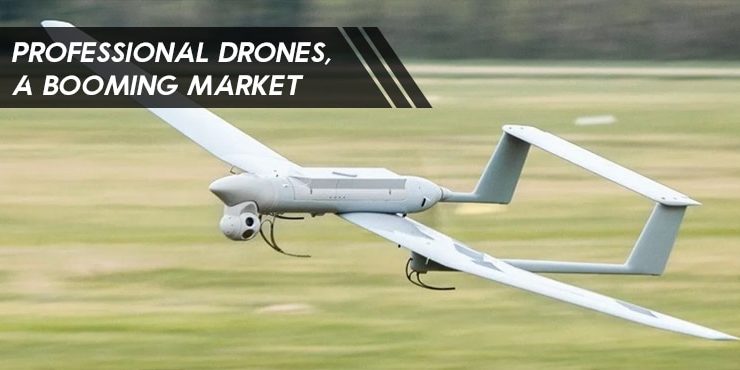 According to the latest activity reports (the latest to date is from 2019) published by the Civil Aviation Safety Directorate (DSAC), the number of registered professional drones (i.e. more of 800 grams) is growing steadily: respectively 9,582, 13,647 and 15,946 between 2017 and 2019. These civil aircraft are owned by around 8,500 professional drone operators (manufacturers, training organizations, manufacturers, service providers). The observed annual growth has therefore amounted to 29.6% over the past few years. This surge confirms the study of June 20, 2020 conducted by SVP, which estimates the annual growth of the civilian professional drones market at 27.2% between 2018 and 2024.

The use of a drone is currently exclusively associated with national operational scenarios (S1 – S2 – S3) in short distance, in other words the remote pilot must be located less than 1 km from the vector to pilot the drone. This type of operational scenario and the specific activities that may be associated with it respond to very diverse use cases: (i) Media and aerial shots (25%); (ii) Surveillance and civil security (20%); (iii) construction and inspection of works (20%); (iv) Agriculture (15%); (v) Mines, quarries and earthworks (15%); (vi) Other (5%).

Long-range (between 1 km and 100 km) and long-stretch (over 100 km) drone flights are currently prohibited (unless a specific exemption is obtained with validation of a specific security deposit).

A situation in contradiction with the changing needs of principals

While the use of civilian drones to meet needs in the context of professional activities has been demonstrated in many sectors, the generalization of the use of this vector is difficult to begin because the employment scenarios call for conditions which thwart the economy:

New uses associated with the overflight of great distances (transport of packages, surveillance and inspection of linear infrastructures, border surveillance, surveillance of semi-wild environments, etc.) are emerging and should largely contribute to accelerating this growth (the cost of the flight time should be greatly reduced for this type of mission). However, these new activities require:

According to the study “Perspective of development of the civil drone sector for export” written by the DGE, the DGAC (general direction of civil aviation) and the PIPAME on June 5, 2017, more than 70% of professional drone flights should be carried out by 2024 out of sight. This study is supported by the “European Drones Outlook Study” of the SESAR Joint Undertaking published in November 2016. It values the European market at 400,000 drones (100,000 drones in France) by 2035, of which 70% will carry out flights out of sight. 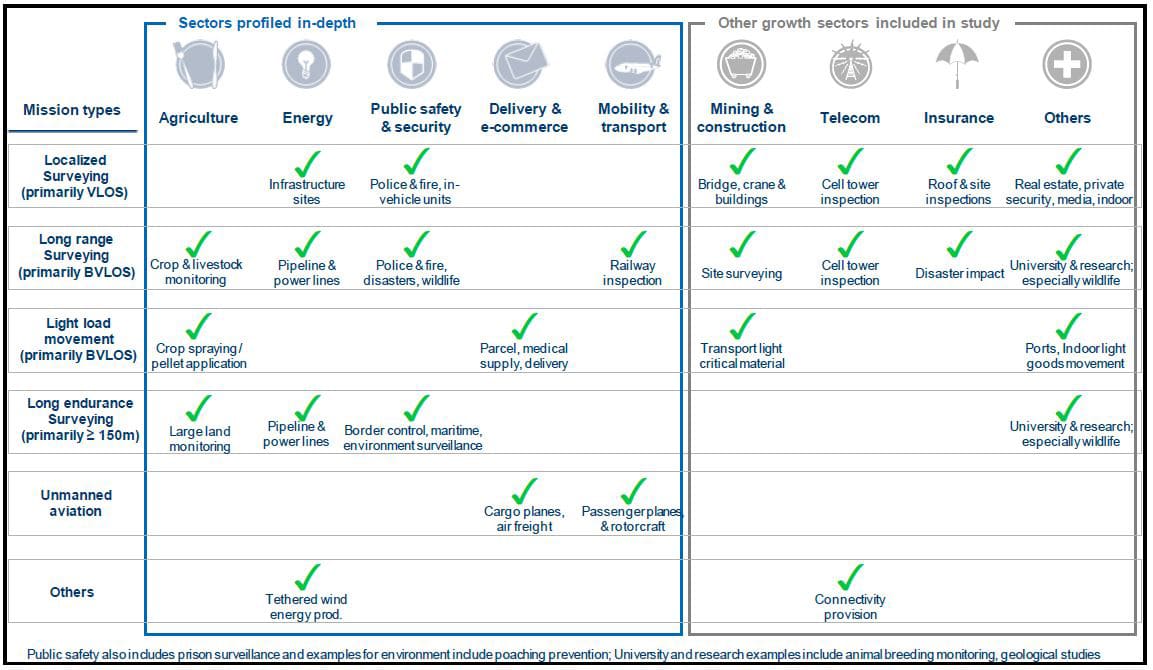 So what are the obstacles to be removed in order to envisage high elongation flight scenarios ?

The intrinsic reliability of the devices should allow the use of drones and the accomplishment of these missions in complete safety within a few years. The main difficulties identified to date concern: