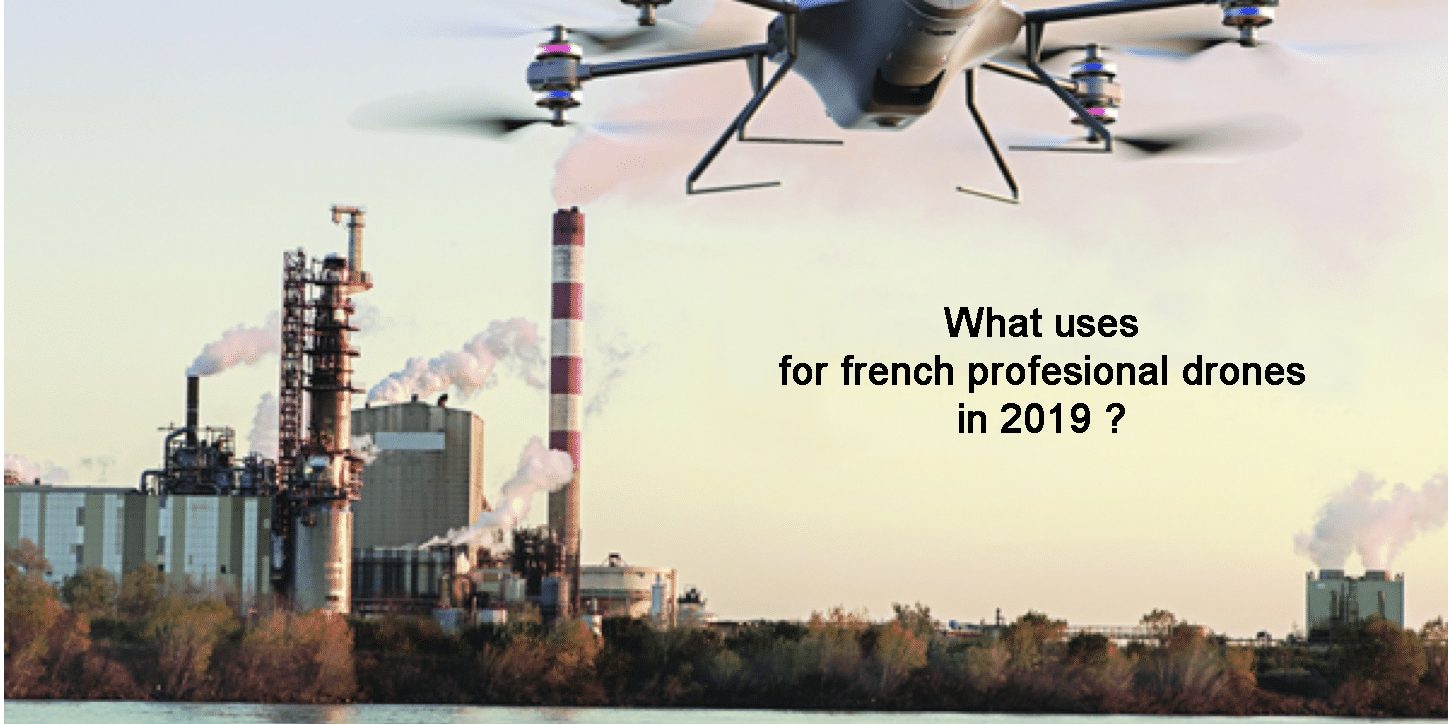 French professional drones: whose is their owner and what are their use?

8837 is the number of professional drone operators (equipment weighing more than 800 grams) in France in 2019 (figure taken from the DGAC’s monthly Civil Aviation magazine of January 2020). That is to say an official growth of about 38% per year over the last three years.

This number is evenly distributed between: (i) individuals (around 5,000) with various statuses (self-employed, liberal professions, private individuals) and owning a professional drone, and (ii) companies (around 3,800).

These operators operate a fleet of around 15 500 drones.

Today, the drone market remains very emerging and fragmented: the biggest player is Delta Drone (around 200 drones), followed by CNRS (around 110 drones). About 300 players own more than 5 drones and the majority of players own 1 or 2 drones.

About twenty major groups (representing a fleet of about 600 pieces of equipment) operate drones.

They are investing in this market by opening specialised services: Enedis (around 120 drones), RTE-SDH (150 drones planned), SNCF through its dedicated subsidiary Altametris (around 50 drones), Bureau Veritas and the Postal Bank.

These companies are integrating this vector into their business applications on a variety of themes: (i) Aerial photography to check that missions entrusted to subcontractors (for example vegetation pruning), site surveillance, inspection of engineering structures, etc. are carried out properly.

The highlight of 2019, however, remains the opening of two parcel delivery lines by the Banque Postale. This milestone “officially” opens up a new market segment for professional drones.

Competition is tough: DJI, a Chinese manufacturer, manufactures about 70% of the world’s drones (leisure and professional).

However, France is still home to several drone manufacturers, including Delta Volt, Delair and Dronevolt, for example around twenty companies (around 600 drones referenced). These companies mainly develop specific solutions in customized segments.

Many companies have positioned themselves in this market segment.

This segment of activity has therefore experienced strong growth in 2019, with the strengthening of regulations imposing significant theoretical and practical certificates of aptitude.

– About ten companies (about 90 drones) work in the field of surveillance and security.

– About 20 companies (about 180 drones) carry out engineering studies (data collection and analysis); and

In this context, and to keep pace with market growth, France needs confirmed remote pilots and there are many job opportunities and/or subcontracting opportunities in this sector.