Mission planning, which regulations to respect ? 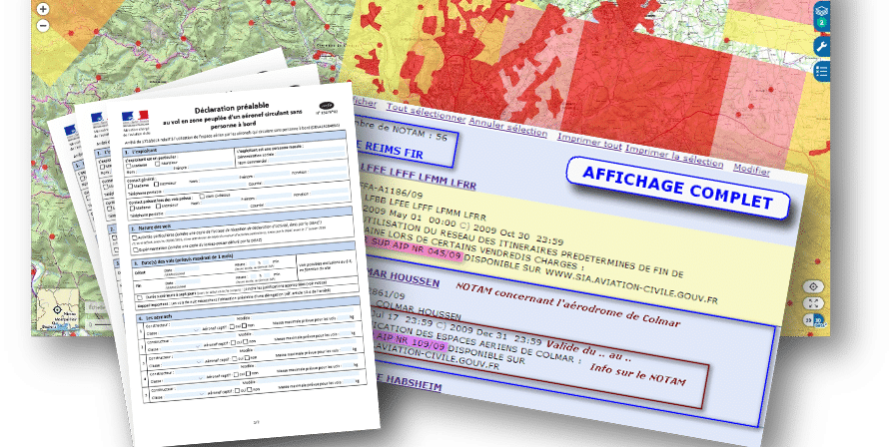 Every day, hundreds of drones fly at the same time and must share the territory’s airspace with planes and military aircraft. One of the roles of the DGAC is to coordinate all these actors. To achieve this, the DSAC has put in place four main regulatory principles:

All drone flights must fit into four very precise operational scenarios (S-1, S-2, S-3 and S-4). Otherwise, the drone operator must submit a safety file to the DSAC, which will then issue a specific flight authorisation. The categorisation of flights in the predefined scenarios is subject to several criteria: (i) Overflying a populated area; (ii) Overflying third parties; (iii) Navigation in sight and/or out of sight (with a maximum horizontal distance between the drone and the remote pilot); and (iv) Maximum aircraft weight (to limit the risk in case of a crash).

Flights in some scenarios must be declared in advance as they have been deemed critical enough to be brought to the attention of the air regulatory authorities. These are mainly of three types:

In case of no response within 7 days or a positive response, the flight agreement by the DGAC is considered to have been given.

Drones are not allowed to fly over the global territory. Some areas are forbidden to them to overfly or integrate very accurate restrictions (for example altitude limits). These zones can be consulted on the Geoportalwebsite. Often, to obtain an overflight agreement on these zones (immediate proximity to airports, military aircraft manoeuvring areas, special status zones of type P, R or D, etc.), it is necessary to obtain permission directly from the competent authority of the site, which can be tedious and complex.

At any time, restrictions on the use of airspace may be published. It is therefore essential to read this information before planning and starting your drone mission.

By consulting the NOTAM, you will be informed of the publication of the SUP AIP.

As mentioned in this post, many procedures must be carried out to be authorized to fly a professional drone (over 800 grams – 1.76 lb)… Hence the importance of theoretical and practical training for remote pilots.