Drone scenarios, regulations change at the end of 2020 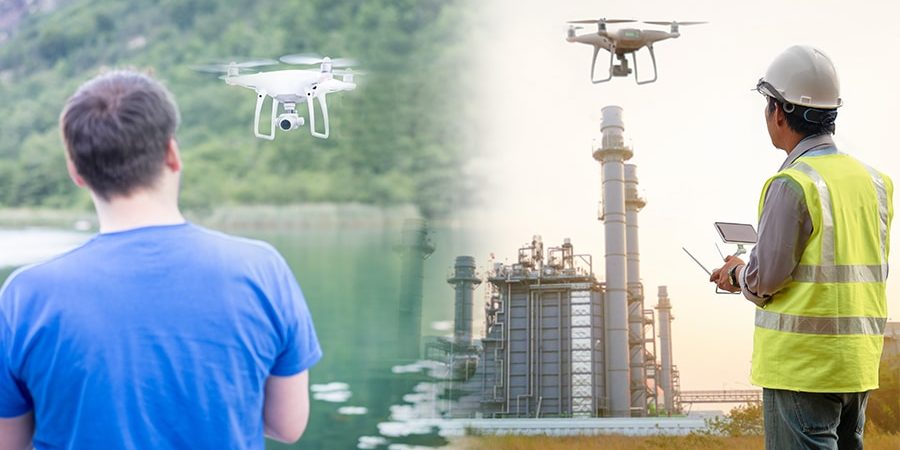 Following the publication of EU Regulation 2018/1139, the European Union Aviation Safety Agency (EASA) became responsible for drone regulation. Since then, two EU aviation regulations have been published (June 2019): 2019/947 and 2019/945.

Due to the COVID-19 crisis, the application of implementing regulation 947 has been postponed to 31 December 2020. The latter deals in particular with bringing national operational drone scenarios into line with European operational scenarios.

The regulations about drones in France define three regimes depending on the use made by the aircraft: aeromodelling (leisure drones flights), experimentation (manufacturers’ test flights) and special activities (generally drone activity for professional use).

Any professional drone pilot (that it’s to say weighing more than 800 grams) wishing to fly a civil drone in French airspace to carry out particular activities such as aerial photography, must comply with one of the four operational scenarios defined by the French Civil Aviation Authority (the conceal general of civil aviation). We remind you HERE the four drone scenarios in force on the national territory.

The S1 drone scenario requires no prior flight clearance from the DGAC. It is a visual flight (That it’s to say, at a maximum distance of 200 meters from the remote pilot), outside the populated area.

The maximum flight altitude is 150 meters. The weight of the aircraft must not exceed 25 kg without additional prior authorization.

The S2 drone scenario requires prior flight authorisation from the DGAC (Alpha Tango website). It is a flight out of sight (at a maximum horizontal distance of 1 km from the drone) outside a populated area AND limited to a height of 50 meters.

The S3 drone scenario requires prior flight authorization from the DGAC. It is a visual flight (at a maximum horizontal distance of 100 meters) in a populated area AND limited to a height of 150 meters.

The weight of the drone must not exceed 8 kg. Special conditions apply for captive aircraft and aerodynes.

The S4 drone scenario requires prior flight clearance from the DGAC. It is a flight out of sight (with no horizontal distance limit) out of populated area AND limited to a height of 150 meters.

The weight of the drone must not exceed 2 kg. This drone scenario can only be applied to specific activities involving aerial photography (photographic surveys, observations, or aerial surveillance shots).

In the event that the proposed mission does not conform to one of the pre-established scenarios, the operator will be required to submit a report to DSAC for registration of a specific scenario. This procedure requires the development of a safety case demonstrating that the safety of third parties is ensured.

In order to establish his flight plan, the remote pilot will therefore have to combine, in his operational scenario, the permanent restrictions associated with the airspace (no-fly zones presented on the geoportal platform) AND the temporary restrictions defined in the air zones (NOTAM).

Regulatory changes planned as of December 2, 2021

European regulations do not make this distinction. It has defined new operational scenarios classified into categories (open, specific and certified) depending exclusively on the risk level of the flight AND this, whatever the nature of the use of civil drones (leisure, professional).

– The Open category is reserved for low-risk operations (visual flight in areas that represent a low risk for air traffic and people). This category integrates three types of operational scenarios: A1, A2, A3.

– The category is certified for high-risk operations requiring a high level of aircraft and operational reliability (e.g. transport of people, dangerous goods, etc.).

There are still many grey areas in the new regulations. However, there are likely to be significant changes around aircraft weight, design conformity and conformity attestations (which should be replaced by CE marking standards still being defined).

It is important to note HERE that the practical and theoretical training provided to validate the remote pilot’s aptitude will be hardened (with the carrying of certain diplomas during the transition).

In order to facilitate this regulatory transition, the DGAC has just defined new standard national scenarios that can be used in France as well as the conditions applicable to missions that do not fit within the framework of European regulations (public safety, rescue, firefighting, etc.).

The S1, S2 and S3 national scenarios continue to exist almost identically, in a declarative way. The only operational difference with the previous rules concerns the lowering of the maximum flying height to 120 metres.

And the S4 drone scenario?

The S4 drone scenario, which allowed operations out of sight, out of populated areas, with no distance limit, is repealed as of 1 January 2021 (this scenario is no longer compatible with the requirements of European regulations for declarative operations).

This means that such operations can no longer be carried out solely on the basis of a declaration by the UAS operator. In order to continue these operations until 31 December 2021, the UAS operator will therefore obtain an operating licence from the CASD.

In a first time, the technical, operational and training requirements associated with this authorization will be identical to those under the old regulations.

However, the different or additional  requirements  will be required after December 31, 2021 in order to improve the safety of f flight of these aircraft, and in particular the prevention of collision with other aircraft.

How can the DRONECARE software package help you ?

The software package has been designed natively to enable an operator to make this regulatory transition with ease.