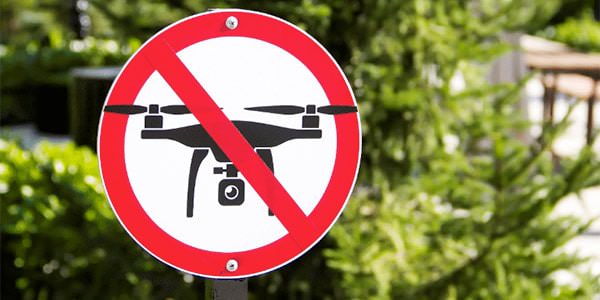 Any professional drone must be certified to be allowed to fly. Since December 26, 2018, every drone whose weight is over 800 grams is considered as professional. The manufacturer and the operator must comply with some technical constraints and regulations before the DGAC (the French Central Office of the Civil Aviation) considers the drone to be able to take off.

In case of modification of the aircraft, the DGAC approval will have to be obtained again.

The technical constraints allowing the approval of one’s drone.

The certification of a professional drone allows the DGAC to improve the safety of third parties when the drone flies over inhabited airspaces (restricted airspaces). The technical performances of the drone are thus extremely analyzed according to the operating framework of the operator, in particular those relating to flight safety: safety system implemented, redundancy of the drone’s subsystems, operational limitations of the manufacturer.

Drone certification according to the scenarios

A drone, known as certified (design certificate and certificate of conformity), is a drone that complies with French aeronautical and current air transport regulations.

The purpose of the certification is to protect third parties in the event of a mechanical incident and/or piloting error. The operational procedures recommended by the manufacturer (emergency procedure, failure of a subsystem, report in case of incidents, etc.) are therefore studied in detail and can only be hardened by the operator during the different cases of use of his or her drones.

The rules which concerned the identification of your professional drone

It is mandatory that all drones over 800g (1.763698 lb) be registered by their owner on the AlphaTango portal. Then the drone receives an identification number that is valid for five years. Once obtained, this unique identification number must be affixed to the drone itself, by means of a plate which must be fireproof and readable with the naked eye at least 30 centimeters from the aircraft. This registration gives the drone the ability to fly.

All drones over 25kg (55.115566 lb) must be registered in accordance with article 6111-1 of the French transport and air navigation code.

Requirements concerning the airworthiness of the drone

The DGAC wants to make sure that the airworthiness of civil drones is properly respected by the drone operator.

Thus, for each civil drone, three points are particularly studied in case of control and/or problem: Pre-flight maintenance procedures, maintenance and overhaul procedures, procedures for replacing sub-systems (propeller, engine, battery, ESC, flight controller, etc.). It is interesting to note that DJI (the world leader in the construction of drones) is not very efficient in this field (lack of very clear documentation most probably because this company targets more the leisure drone market).

Since 1st May 2020, all new civil drones (fixed-wing aircraft, quadricopter or hexacopter multirotor aircraft, helicopters, balloons/copters, or very small ULMs) must be equipped with a digital and luminous signalling device. Luminous signalling is exclusively necessary for civil drones carrying out night missions. For old drones, this obligation will be effective on 1st November 2020.

These rules must allow to geolocate a drone at any time, regardless of the situation (flight in progress, damage failure, crash, deviation from the flight plan, etc…). In the same way, some flight conditions (day or night flight, maximum flight height over 50 metres, overflying of some forbidden zones) will require the installation of beaconing for captive drones.

How can DRONECARE help you for the management of your drones?

As noticed throughout the previous articles, through its DronceCare software, DRONE Geofencing offers its users a centralized and intelligent management interface for all regulatory aspects related to the use of a professional drone.

The Aircraft module has been designed to allow the operator to centralize all the important information and documents relating to a drone and to guarantee that his or her teams use the drone fleet in good conditions.

For each certification, you will receive a certificate of conformity, a design certificate as well as the maintenance and operating manuals of your aircraft according to scenarios S1, S2, S3 and S4. You will also receive a follow-up certificate. Contact us to learn more about DroneCARE.